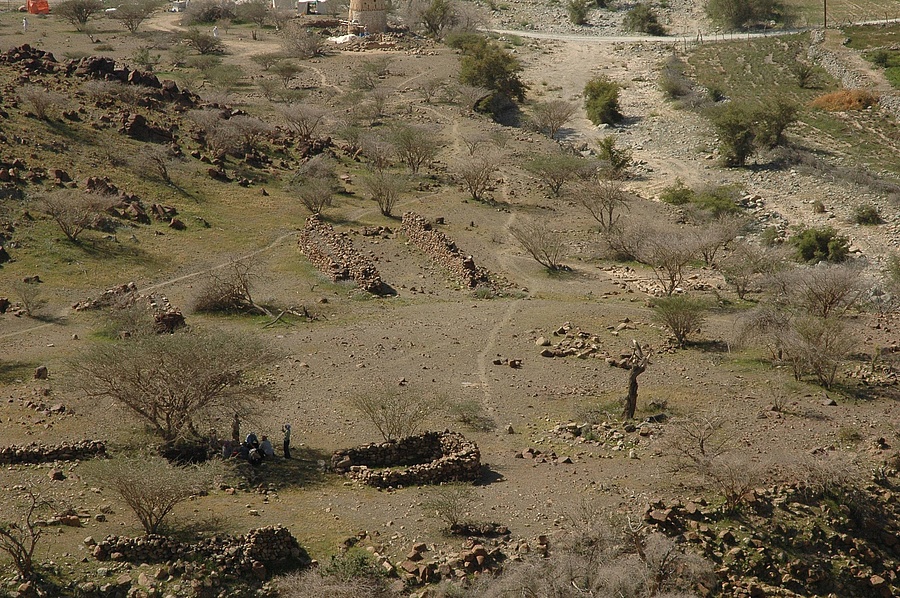 Excavations at the Site HLO-1, Emirate of Sharjah, UAE

The archaeological site HLO1 is located in the Wadi al-Hilo in the Emirate of Sharjah (UAE). In 2006 the site was located by the Directorate of Antiquities of the Department of Culture and Information of the Govt. of Sharjah due to a superficially visible slag concentration.

In 2007 the archaeological work at the site was incorporated into the joint project of the Institute for Archaeological Sciences at the University of Tübingen (Germany) and the Directorate of Antiquities of the Department of Culture and Information of the Govt. of Sharjah (UAE) with me as field-director. Excavations on the site took place in  2008, 2009, 2011 and 2012.

My research in the first three years focused on copper production at the site. Recently new discoveries (including 14C-dates) revealed that metal production started at the site as early as the so called Hafit Period (Early Bronze Age) and lasted at least until the Iron Age. In the last two years several 14C dates from fireplaces yielded dates from the Neolithic Period, proving that HLO-1 was occupated even earlier than that.